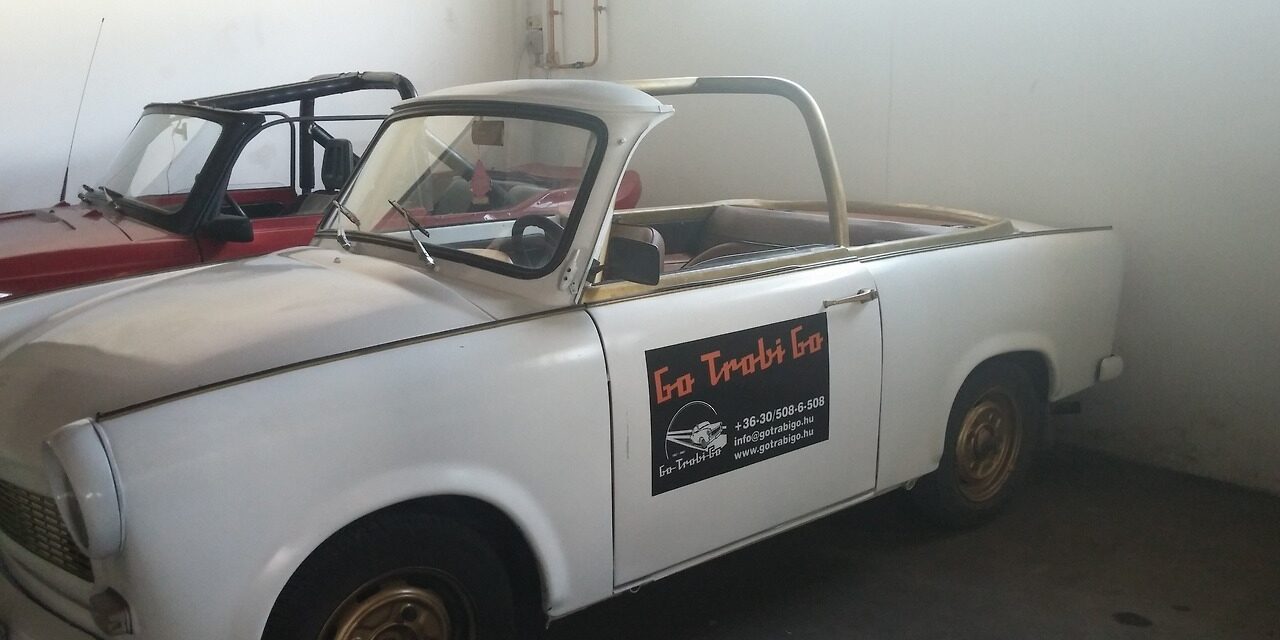 Originally Published in the summer of 2017 on GettingHungary.Tumblr.com, and under the current lockdown, the business may have changed a bit, but they also were offering visits to the Korda Filmpark Film Studios in Etyek where Hollywood filmmakers work when in Budapest.

My friend laughed when he described the car. He told me, “It was made of wood, and painted.”  I could only picture a plywood box with wheels.  When I stayed there in 2004, I saw my first Trabant and lo-and-behold it did have a hole in it and I could see the wood peeking through.

Perhaps you’ve seen the cars in the photos above, in old photos of Soviet Bloc countries or movies about Soviet Russia.  My first introduction to the Trabant was my friend’s description of how his brother had to go about buying a car in Hungary when they were Communist. It was similar to a layaway plan–they paid installments until the amount was paid in full, and then in the newspaper your “number” would appear on a list, which meant you could now collect your car.

Nevertheless, these were the cars of that era for so many people who did have a car to drive, and like Americans who collect vintage Chevys and Mustangs and Cadillacs, there are Hungarians who collect these. Even if they don’t, they would probably still enjoy the chance to drive one.

Tamás Fehér, owner of GoTrabi Go, in Szigetszentmiklos, Hungary, started out with 10 Trabants for a promotional event he ran, and he is now the owner of 100 working Trabis with original engines.  Of those, 45 are drivable and rented to individuals who want to have the chance to drive a Trabant, and who can have pre-planned, mapped-out tours to go along with the rental. Another option is to be picked up and driven around by a driver on tours as far away as Vienna, Bratislava, Lake Balaton or the Puszta–and they can expect a long, slow ride, but one you will always remember.

The engine is a 2-stroke engine rather than a 4-stroke, which  Fehér said means the Trabant has only two cylinders. One photo above shows the steering wheel shift mechanism, which is not only complicated even if you know how to drive a manual car, but it requires some muscle to put it in reverse.  Having to figure that out while in traffic would make me think twice about driving one myself.    Fehér says the Trabants can go “120 km per hour, max,” and he adds, “downhill.”  They suggest a maximum speed of 90 km per hour, which translates to about 55 mph.  Three mechanics are on staff, and when clients rent a car for a tour, a safety car follows along in case of a mechanical issue, or there is an emergency number individuals can call if there is a problem.

Renters can take the Trabants out for pre-planned, mapped-out tours, and stop at stations along the way to play Trabi games, like push the Trabi (a common occurrence in the old days, I’m told), build a Trabi from a giant 3D puzzle, and do a slalom course forward and backward with the car.

There are 45 other Trabants on the lot that are not used for driving, rather, they are all painted white and are brought out to clients who are having a party, a team-building exercise, or some kind of event where guests are provided with paint, brushes, protective coveralls, and sprayers, with up to 10 people painting one car.

Hungary’s Day of the Dead 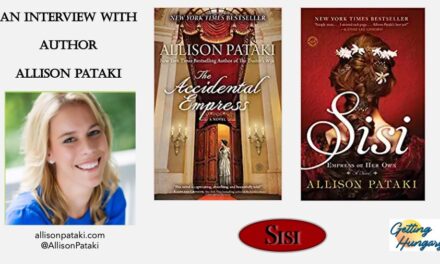